One of the strongest themes of Renaissance art is religion, and this shows in works from almost all Renaissance artists, whether the medium is paint or sculpture, the era’s growing interest in religion is clear for all to see.

Perhaps the most instantly recognisable religious themed renaissance artwork would be ‘The Last Supper’ by Leonardo da Vinci. This large fresco piece is easily identifiable by even the most none religious person and is a fantastic example of art being created during that period. 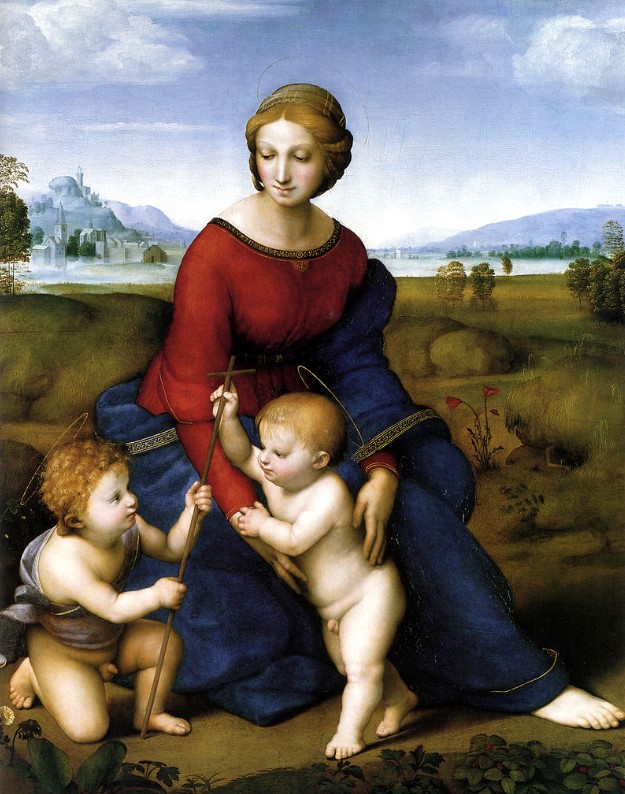 s, religion and landscape. It depicts the Virgin Mary watching over the baby Jesus and John the Baptist, his cousin. Landscape themes are also very popular throughout the Renaissance period, and popular artworks depicting this include ‘The Tempest’ by Giorgione and ‘The Peasant and the Nest Robber’ by Pieter Bruegel the Elder.

Anatomy is another widely used theme in Renaissance art, the marble sculpture of ‘David’ by Michelangelo is one example, another is ‘Vitruvian Man’ by Leonardo da Vinci. Images showing the human body nude, such as ‘The Birth of Venus’ by Botticelli are classic examples of Renaissance art that are easily recognisable.